The Capel pantomime goes from  strength to strength, with  some of the very best audience feedback that we have ever had. This year’s tale, ‘Percy and the Holy Grail’ had audiences in stiches from the moment the lights went down until the finale. Not one of the more  usual pantomimes but this had a bit of innuendo, a lot of laughs, some amazing sound and lighting effects, dancing, singing and a fast paced script.

In any production, it’s lovely to have great audience feedback, the cast and crew had a lovely time, your feedback made the weeks of rehearsal all so worthwhile.

We opened with three performances in Capel, then our debut in Cranleigh (they enjoyed it so much they booked us for next year on the spot) and then closed with  three more  performances the following weekend in Ockley. The Ockley  shows were all “full houses”, word  had spread from the previous weekend!

This is now the third  joint production between Capel and Ockley  (having been established in Ockley for many years previously)  and our now not so new ploy of using talent from  the two  villages is working very well. We have the same cast and crew for all the performances, I’m delighted that the audience were met by such a friendly ‘front  of house’ crew, all of whom came from Capel, the technical brilliance was enhanced by help from those well-known Capel duo Phil and Mark (Musical festival and other events)and almost half the dancers were Capel children. We  were delighted to welcome Capel’s Doug Richardson to the cast too. Next year, we want to split the dance troupe into two: one for the younger children  but also to introduce a ‘senior troupe’  of teenager dancers to learn and perform  some more advanced dance routines, as an additional ‘wow’ feature. Whilst Capel is well represented ‘off-stage’ we would love to capture (whoops, I mean entice) more Capel adults onto stage. None of us are professionals but we all enjoy having a laugh and giving you a laugh too.

We’ll be back next year with  two  productions: another pantomime  in early New  Year and a musical

Look out for news about the next pantomime  in the September Magazine; the dance auditions followed  by the pantomime  read through  are already scheduled: these will be at 2pm and 3pm on Sunday 9th October 2016 at Capel Memorial  Hall. 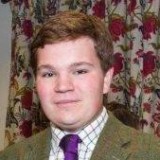